Summer’s ending and Christmas is waiting – no just kidding, summer is here until 21st of September of course 😉 Time to start the second half of Oldschool Tournament race 2019. There are really great gatherings waiting for everybody around the world. For our US-Friends there is Lobstercon, Eternal Weekend and other Local tournaments. For the European Mob there is Fishliveroilcup (including Community Brawl), Arvika in the North (Scandinavian Championships), the famous team worlds in London and finally the  Knights of Thorne in beautiful Netherlands in December.  So Sleeve up your Decks, exclude Library and Twist, grab your beer and get ready to sling some spells and flip some Orbs. Oldschool is back baby!

Summertime is over – back to Magic 😎 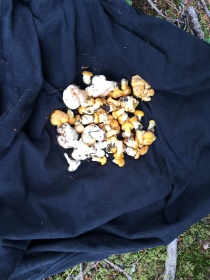 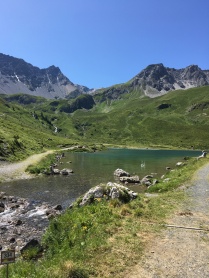 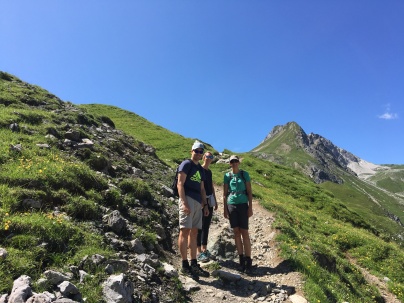 For me, i enjoyed summertime without playing extensively Magic. I took part of the August Season of Jared’s NEOS league. We had a killer group haha. I won 1 Match with my Erniegeddon. The Deck did not love me at all… But fine, there is always a next league to join. I will be back! I can’t wait until i can embark the train and travel together with the Chaos Horb team to Genova. End of September is the trip. Friday for Columbus Cup at the Lighthouse, Saturday for the Main event in Columbus Hotel. It’s gonna be Legen (wait for it) dary! I can’t wait to unleash my trolls to my foes 🙂 Hope to see you there.

As the title explains, i would love to talk here about our planned CommuniTour throughout Europe. The main goal of such a tour-calendar is to bring communities closer together. During various trips and tournament visits in Europe i had very nice talks and meet ups with Magic players from all around Europe, even the world. We all agree that it would be very exciting to have a more regular and planned community meet-up during the whole year.  Therefore we tried to gather lots of interested community leaders which are willing (or already do) organize cool and fun tournaments. One major point is, that we can agree to schedule our tournament calendar which we can publish.

One may think that those tournaments are for community members only – but this is not what we intend to do. Everybody is welcome at a CommuniTour tournament. But we aim to bring people together so that everybody can plan his or her trip to the favored location early on. Also the plane tickets are much cheaper if one can book early on 🙂

We had a lot of discussion about the possible priceout during a CommuniTour tournament. We all agreed that we will not do a money priceout of course. What we also agreed is, that within each tournament, a raffle or “most creative Deckbuilding contest” will decide about a travel voucher to the next CommuniTour tournament. Therefore its more about the happening than to bring the spikiest deck you can. But also if you do – feel free and you are welcome.

We start the tour in my beautiful home country – Switzerland. At 31.1.2020-2.2.2020 there will be the Urborg Mountain Madness. We meet on the top of the Rigi – the queen of the mountains. We will do an Oldschool Tournament and Drink Beer 🙂 Nice (PS: Its a gentlemens tournament – no LoA or Twist). Want to attend? Klick me!

Second stop will be in Vienna (7.3.-8.3.2020 – we meet at Viennageddon which is hosted by the Lions of Austria. Mitja and his Gang will welcome you to a two-dayer including (hopefully) Frühschoppen, Käsekrainer and Vienna in the morning. If we are lucky, stararchitect Roman Pulker will lead the tour.

Our Dutch friends will pick up the torch for the third happening. The Paladins of the North tournament will take place at 4th of April. As we know, Erwin and the beer-legion (harhar) will welcome all players with open arms and pitchers full of beer. This Communitour stop will be awesome!

Mid of the year Tour Stop is dedicated to the Stockholm in a Bottle Crew. Last year we went to the Archipelago together with a bunch of excited and really awesome Magic Players. In June, they will provide the lucky attendants with a new adventure – will it be a Balloon ride? Will it be a Submarine-Cruise? Or something different? Lets wait and see 🙂 Its in the hometurf of OS (Sweden, Stockholm) so awesome magic action is guaranteed.

September 2020 will be the birthmonth of the first Non-N00bcon Worldcup. WinC0n will take place in Genova and will be a Magicfest par excellence! I will not spoil anything else because this tournament belongs to the famous Fishliver Crew. We will implement the community Brawl (which starts in 2019 for the first time). So stay tuned.

Last known stop (so far) will be the Team Worlds in London. The brothers of fire welcome all interested teams within a unified-magic-action tournament. 3 players each team, unified B&R for all 3 Decks together and fun times. In 2018 there was a special that the „least swedish Deck“ won a special price – exactly this should be how we do Oldschool 🙂

So the 2020 travel planning can start – we hope to see you all at one ore more tournaments. And bring your community friends with you! Again – our goal is to bring cool and nice people together which share the same nerdy hobby as others.

May the Moxen be with you