First of all: Don‘t forget: Communitour 2020 will start in Switzerland at 31.1.2020. Mountain Madness on the Rigi in Switzerland! Join and have fun!

I hope you are well and did enjoy the peaceful and wonderful Christmas time. The Oldschool Year 2019 (together with the regular year 2019) comes to an end soon. Time to write some stories about this excellent Magic Gathering. But first some tournament report of my last tournament in 2019 – the Torin00b II in Rivarolo (Italy). Our nice friends from the Ratavuloira Drinking Team Torino invited us to their legendary Christmas Tournament in Rivarolo. We 4 from Legion Urborg followed this call and travelled 4 hours by car from Lucerne to Italy. It was a really fun ride, we talked about a lot of various shizzle – not everything was Magic related of course ;-). We arrived at Saturday evening (the tournament was at Sunday). The Ratavuloira Team did welcome us in the City and we ate dinner and drunk beer and wine together. Just like old times – this is what Oldschool is about. Meeting Friends, have a good dinner, drink together and have fun.

The tournament was intended to start at Sunday 11.00 in the morning. As we were in Italy, everybody knew that there will be some delay haha 🙂 and reality kicked in and we startet 11.45ish with the tournament. 18 Players went for the crown of being the Torin00b 2019. Swedish Rules italian style – bring your best brews to the table. I decided to unleash my Troll list i played in Genova in October: 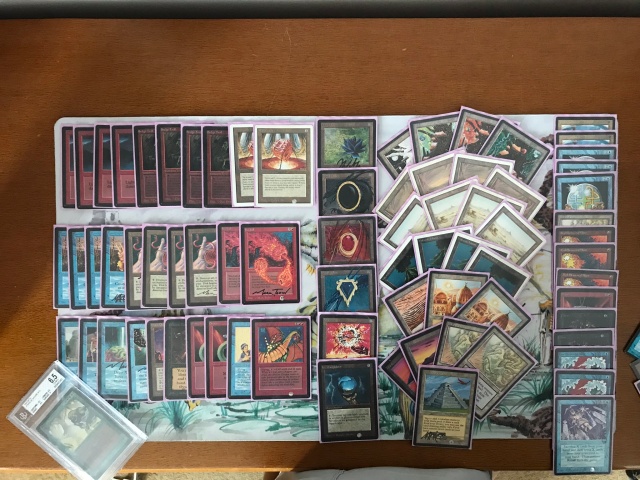 I cutted a Mainboard Mana Vault for an City in a bottle and one Shatter for a Mind Twist (jep, back in the Ruthless Bastards Club for non-Gentlemen 😉 )

I started at the feature match table against local hero Beppe which was playing Lauter on Fire (Lauter + red for Bolts). Beppe startet quite aggressive with a Lotus, Mox, Serendib, Savannah Lion (no Land). My turn was Mox Mox Land CiaB Bolt… Not much more to say about game one but Beppe did not draw enough Lands to withstand my second Turn Troll… Second Game was all about blood moon. Beppe landed a Blood mon and we both had no basic lands to use. Without a Disk on my side it was „Draw Go“ until i roasted him over time with my bolts paired with the Fireballs. No happy end for him…

Second Match was against Mitja on Lands. His list is very interesting and can bring out a very nasty draw engine with Sindbad and Sylvan Library. The games went on for the whole 50 Minutes and we did a draw 1-1 (i won game 1, he won game 2, game three was 3 Minutes left on the clock…).

Next Match was against Mono Black Juzam Aggro. Without Hymns, in Swedish, a Mono Black has a very bad Matchup against Troll Disco. This prophecy went true as i took home the match 2-0. With the Disk and Trolls, the Aggro-Plan is hard to bring to life and with the Bolts/Fireballs i can just wait and block everything out and burn for lethal. Or hit a Shivan Dragon on the Table…

In Match 4 i met my opponent which i will meet again in the finals – Valerio Gregori. A well known player from Italy playing the Deck. The night before we drank together and told each other to meet in the finals 🙂 Currently our score was 1-1 in our matches from the past. First game he grills me with a really huge Shivan Dragon which hits me (time walk fuelled) for 28 Damage. Autsch. Second and Third game were both in my favour and i can use my fireballs through his counterspells and grill him to zero. I leave the table with a win and move to the final match before top 8.

The final match before top 8 was against Dex on UR Burn. Dex had quite an aggressive start with a Flying Men and a Chain Lightning. I was able to Bolt the flyer and build 5 Mana in Turn two to Mind twist for 4… Ruthless but efficient… This won me game one as he did not recover from this. Game two was quite long and we stalled each other with 2 each two Maze of Ith on the board. I waited until i was able to hit Shivan, 2 Trolls and 2 Mishras to build an effective Army through the Mazes and his blockers. I won 2-0 and moved on to Top 8.

I missed the name of the fellow italian Gentlemen – sorry. It was a Pink Weenie Deck and he started with 3 Tundra Wolves in Turn one and two. Quite some pressure against my slow hand. I had kept a Fireball in my starting seven and took damage until i was on 10 and had enough Mana to Fireball the 3 Wolves away for good. Together with a Maze and no Crusade on his side i did stabilize and over time i won Game 1. Game 2 was a longer one as we stalled each other and i had to wait until i deployed Disk-Troll-Shivan Action for the final blow. I won 2-0 and moved to semi finals against Giovanni Gesiot on Robots!

Giovanni was on 1st place after Swiss with a record of 5-0. So quite a fight will await me and it was a fight! Game one was really tough and on the Edge. We fought brave with our weapons and finally an unresolved Triskelion brought the final 3 Damage to my face. Second game was eeeeepic! We fought for a long time and he did resolve Blood Moon number two (first one got Chaos Orbed, my 3 Disks got Shattered away…). I was sitting on Duals only and had Blue Spells in my hand. He built pressure with 2 japanese Fish Meals and my only winning out was to double bolt him and hope for top-of-the-library Fireball… I tried and you can imagine what happened: Fireball from the Top and win of game 2 for me 🙂 it was really Epic and the whole room applauded for that incredible lucky draw… Game three was unlucky for Giovanni. He stayed on 3 Lands (of which one was a Workshop) for to long. With 2 Shatters in my hand and Ancestral i fuelled my Hand with enough pressure to close the Game with a massive favour on my side. With this victory i altered and signed a Fireball for Giovanni and handed it over for this amazing Topdeck 🙂

Lets do the Finals against Valerio Gregori. Archenemy of mine (haha, no just joking, we like each other 🙂 ) The first match we had in this tournament was in my favor. We started and had a tough game one which he can close with a Time Walk fuelled Serra Angel attack. Game two was really long. We were able to sling Chaos Orbs, cast Trolls which got removed, activate Books and finally he Timetwistered to give both of us a full hand of cards. He Tutored and had to pass the turn with two Blue open. I managed to draw a Fireball and two Counterspells – you know what now happens: Lethal Fireball-Counter-Counter-Red Blast-Counter-Game. Wow… Tough. Third game started and i was on the draw. The card i drew was Library of Alexandria… Short Story: Card Advantage with Troll Disco against the Deck is to much to handle. I won the match and the tournament! Finally my first tournament in which i go out as the winner 🙂 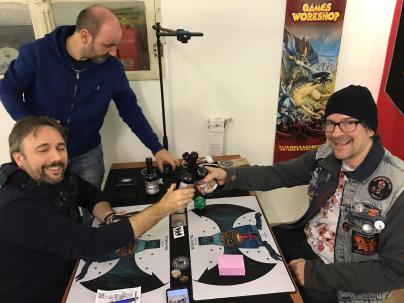 Thank you all from Team Ratavuloira for this amazing event and organization – it was a real blast! 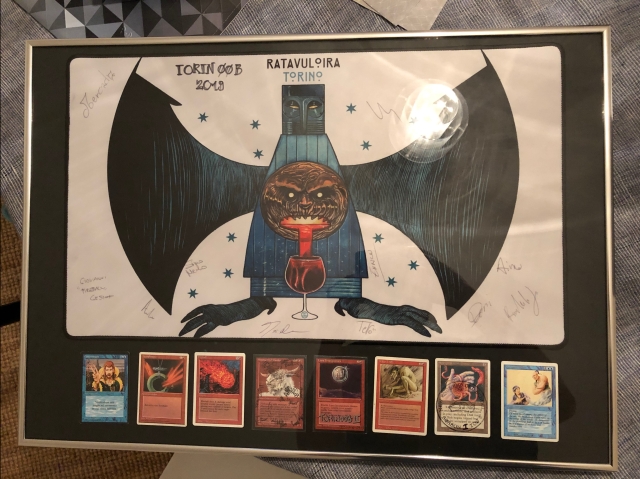 2019 was an amazing year for me – Oldschool wise and also in private life. I started a new Job in February, my son had his first birthday in April and we bought a house in Obwalden 🙂 Also Oldschoo-wise was a great year:

An exemplary Swedish Tournament, held in a cellar which was fully pirate themed, a lot of players which came Pirate Dressed, a lot of meat and beer and amazing people. So cool. And i won the „players price“ 🙂 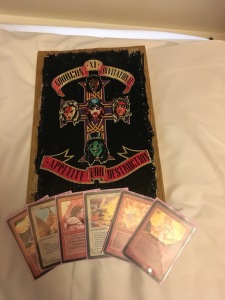 After partying-hard at Friday Evening/Night i went home at 3am just to catch the plane at 6.30 am in Zurich. I arrived and Mitja handed me over a „Konterbier“… Amazing two-day tournament with amazing people, beer and again meat as much we like. And Frühschoppen at Sunday morning with the Gang – never forget 🙂

Oh beautiful Gothenburg. Together with Elias from Stockholm in a Bottle i managed to organize the parallel Tournament „Urborg Feast“ on top of a Balcony in a Pub. Sunshine, Beer, fun and 58 amazing people gathered together for this happening. It was a blast! 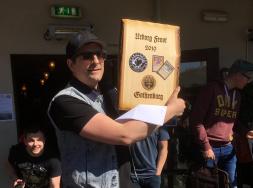 Two amazing water-happenings in June. 30 People gathered for this amazing happening at lake lucerne. 7 hours of boat cruise, fun, beer and sunshine paired with Burgers and other meat – amazing. Legion Urborg even managed to bring home the win against Team Fishliver 🙂

End of June i travelled to Sweden again for the amazing Island Tour. Without knowing exactly where we are going, we embarked the ferry and played some singleton and drunk some beer. The Island weekend was amazing – summer in Sweden is beautiful! I will be there for sure in 2020! 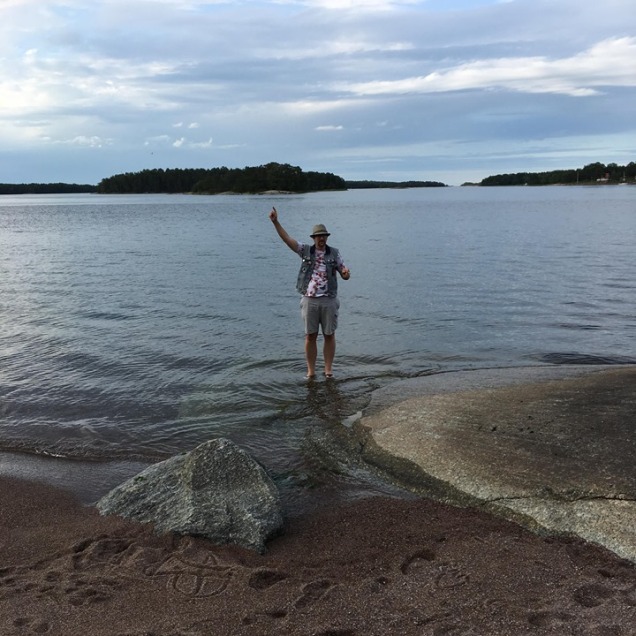 Fishliver-weekend – every serious Oldschool Player is looking forward to this amazing time. Including the Friday-tournament at the Lighthouse and the Main Tournament at Saturday (which will be WinC0n 2020, the official Worlds). The biggest european players gathering and amazing tournament. Thank you Fishliver Crew for everything!

At my birthday, the legendary Arvika Shark tournament took place. I travelled to Sweden (again) and had a ton of fun. I also met mighty Magnus in his flat for Breakfast! Thank you Magnus for everything and its great to have you! And Ante is a real thing guys!

Every year the bravest of all players form a team of three and meet up for the Team Worlds. As the Southafrican Team won twice in a row, next year its maybe called the „challenge of beating ZA-Worlds“ haha. It was (as usual) a tournament of great fun and it involved again beer, meat and wonderful people! 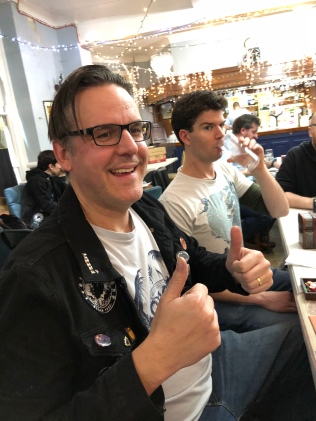 You find details on top of the article 🙂

So this was 2019 for me – thanks to everybody which supported me or drank together with me beer, Schnaps or whatever. I love to say thank you all – its amazing what this community is doing and i am happy to be part of it.

The Reindeer of Legion Urborg